India’s longest road and railway bridge,  Bogibeel bridge which will be connecting Dibrugarh in Assam to Pasighat in Arunachal Pradesh is likely to be inaugurated by Prime Minister Narendra Modi by the end of this year.
The project which missed the deadlines quite a number of times has been under construction since 2002 and was originally scheduled to be inaugurated in 2009.
The cost of the project reportedly shot up from Rs 1,700 crore to Rs 6,000 crore.
Once operational, the bridge would considerably reduce the travel time between Assam and Arunachal Pradesh.
The bridge is the second longest in Asia.
It is 32 metres above the water level of the Brahamaputra and has three-lane roads on top and double line rail below, fashioned on a bridge that links Sweden and Denmark.
The foundation stone of the Bogibeel bridge was laid by former PM Atal Bihari Vajpayee.
Apart from being a symbol of development in the northeast, the bridge is also seen as a  strategic move solving logistical issues for the armed forces stationed at the China border to get supplies from Tezpur. 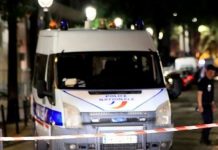