Kerala Health Minister KK Shailaja on Tuesday confirmed that the 23-year-old student admitted to a hospital in Ernakulam has tested positive for Nipah virus.

The results of blood samples of the student, which were tested at India’s top diagnostic lab, National Institute of Virology (NIV) in Pune, had confirmed Nipah, she said.

This came a year after an outbreak of Nipah virus infection in which 17 people were killed in Kerala.

Four more people, including two nurses, are down with fever. Two of them had come in contact with the 23-year-old man.

Over 80 people who came in contact with the patient are being monitored.

The Kerala government had asked people not to panic as it had put into place precautionary measures. 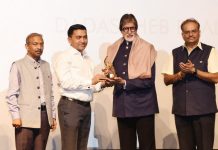