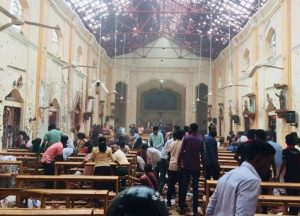 At least 52 people were killed and hundreds injured after multiple explosions hit three churches and three hotels in Sri Lanka on Sunday.

The first explosions were reported at St Anthony’s Church in Colombo and St Sebastian’s Church in the western coastal town of Negombo.

Shortly after those blasts were reported, police confirmed four other blasts. Three of those were at hotels while another was reported from a church in the town of Batticaloa, in the east of the country.

“Explosions have been reported in Colombo and Batticaloa today. We are closely monitoring the situation. Indian citizens in need of assistance or help and for seeking clarification may call the following numbers: +94777903082 +94112422788 +94112422789,” High Commission of India in Sri Lanka tweeted.

The tweet further reads, “In addition to the numbers given below, Indian citizens in need of assistance or help and for seeking clarification may also call the following numbers +94777902082 +94772234176.”

External Affairs Minister, Sushma Swaraj said that she is in touch with the Indian High Commission in Colombo and they are monitoring the situation.

“Colombo – I am in constant touch with Indian High Commissioner in Colombo. We are keeping a close watch on the situation,” Swaraj tweeted.

St. Sebastian’s church at Katuwapitiya in Negombo posted pictures of destruction inside the church on its Facebook page.

No group or individual has claimed the responsibility for the attack yet. 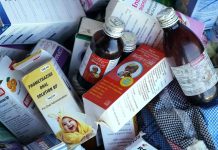