A special National Investigation Agency (NIA) court in Patna on June 1 announced life imprisonment to all the five convicts in the Bodh Gaya 2013 serial bomb blasts case and also imposed a fine of Rs. 10,000 to all the convicts.

Those convicted on May 25 are: Umer Siddiqui, 39, Azaharuddin Qureshi, 25, Imtiyaz Ansari alias Alam, 35, Haider Ali alias Black Beauty, 30, and Mujibullah Ansari, 28.
The National Investigation Agency on 4 November 2013 had announced that the Indian Mujahideen was responsible for the bombings.

In total 90 witnesses were examined during the trial.

All are convicted under various sections of the Indian Penal Code, Unlawful Activity (Prevention) Act and the Explosives Act. The sixth accused, Taufique Ahmed, a juvenile then, was earlier sentenced to three years of confinement to a remand home.

On July 7, 2013, the convicts planted 13 improvised explosive devices (IEDs) inside and around the Mahabodhi Mahavihara, out of which only 10 IEDs exploded in which five persons, including two Buddhist monks, got injured.

The convicted were also involved in the Gandhi Maidan serial blasts occured on October 27, 2013. 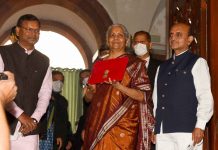