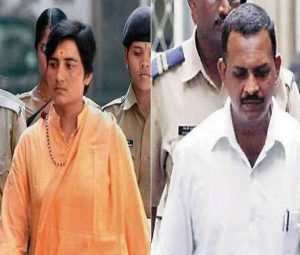 The court set November 2 as the next date of hearing.

All the accused were present in the court when the judge read out the charges against them.

Six persons were killed and over a 100 were injured when an explosive device strapped on a motorcycle went off near a mosque in Malegaon, a town located about 200 km from Mumbai in North Maharashtra, on September 29, 2008.