Two soldiers were killed and two others injured on Friday in a fratricidal firing in Jammu and Kashmir’s Poonch district, official sources said.

One of the deceased has been identified as Sepoy Ibrar Ahmed. The injured were airlifted to army hospital in Udhampur.

The incident took place inside an army camp in the Surankote area of Poonch district.

Police have launched investigation into the incident and the reasons behind the firing incident are being ascertained. 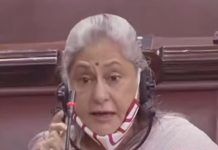