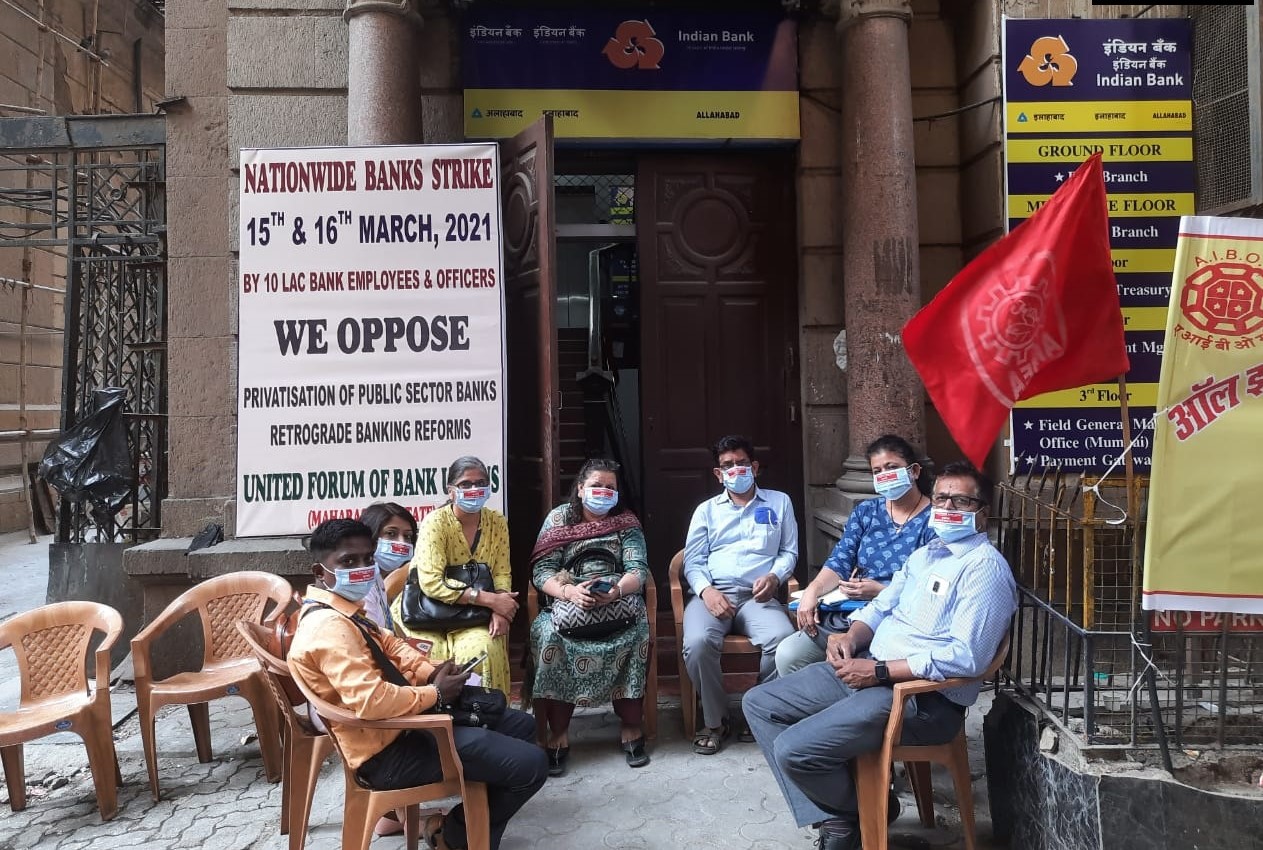 Banking services across the country got affected on Monday as bankers under the support of the United Forum of Bank Unions (UFBU) have gone on a nationwide strike to protest against the proposed privatisation of two state-owned lenders.
UFBU, an umbrella body of nine unions, had given a strike call for 15 and 16 March and declared that about 10 lakh bank employees and officers of various banks will participate in the strike.

However, branches of private-sector lenders like ICICI Bank, HDFC Bank and Axis Bank are open as they are not part of the strike.
Finance Minister Nirmala Sitharaman had announced the privatisation of two public sector banks (PSBs) as part of the government’s disinvestment plan, in the Union Budget presented last month.
The government has already has merged 14 public sector banks in the last four years, and privatised IDBI Bank by selling its majority stake in the lender to LIC in 2019.