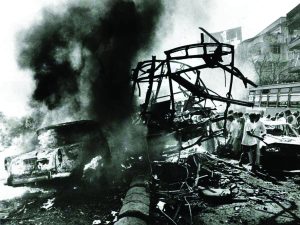 Abdul Gani Turk, one of the convicts in the 1993 Mumbai serial blasts, died on April 25 in Government Medical College and Hospital (GMCH), Nagpur. The 68-year-old, whose death sentence was later commuted to a life term, was lodged in Nagpur Central Jail since 2012 for his role in the bombings that left 257 dead.

He was convicted for planting a bomb at Century Bazar, one of the 12 sites devastated by serial blasts in the country’s financial capital on March 12, 1993. He had filled vehicles with RDX and transported arms and ammunition to the blast site.

According to Jail superintendent Rani Bhosle, Turk was not keeping well for some time and was taken to the GMCH on April 22. Later he was brought back and being treated at the prison hospital. He fell unconscious on April 25 morning and rushed to the GMCH where he was declared dead in the afternoon. He had suffered paralysis last year. The cause of death will be known after autopsy report is available, the superintendent added.

On March 12, 1993, the city of Mumbai was rocked by 13 explosions in different parts of the city. It resulted in 257 fatalities and over 700 were injured. According to some news reports, the death toll was over 300 and the number of injured stood at 1,400. It is the largest coordinated terror attack to have taken place on Indian soil in terms of the number of casualties. It was also one of the most well-planned terror attacks to have been perpetrated in India apart from the 26/11 Mumbai attacks. It was also the first terror attack on Indian soil in which RDX was used as the explosive material.

At 1:30 pm on March 12, the first car bomb went off in the basement of the Bombay Stock Exchange building. The 28-story office building and surrounding structures were thoroughly damaged. About 50 were killed in this explosion. Over the next two hour 10 minutes, till 3.40 pm, car bombs and scooter bombs went off at regular intervals at many locations in the city. They were: the Fisherman’s Colony in Mahim causeway, Zaveri Bazaar, Plaza Cinema, Century Bazaar, Katha Bazaar, Hotel Sea Rock, the Air India Building, Hotel Juhu Centaur, Worli and the Passport Office. Grenades were lobbed at Sahar Airport.

The attacks were planned by Dawood Ibrahim, the Pakistan-based underworld boss and India’s ‘most wanted’ fugitive who also has his name prominently figuring on the ‘most wanted’ lists of the US and the Interpol. Dawood was assisted in this act by Tiger Memon, one of his most trusted associates who is also believed to be hiding somewhere in Pakistan.

The bombings were financed by expatriate Indian smugglers based out of the UAE. The Indian authorities have also pointed at the active involvement of the Pakistani intelligence agency, Inter-Services Intelligence (ISI), in the blasts. Several terrorists received their arms, ammunition and explosives training in Pakistan. Nearly all were recruited from Dubai or went to Pakistan via Dubai.

Following the December 6 destruction of the Babri Masjid in Ayodhya by right wing Hindu fanatics, widespread riots gripped Mumbai. There were allegations of the police colluding with rioters in which certain minority-inhabited areas were targeted. The planners thus managed to rope in disgruntled Muslim youths who would travel to Dubai, then to Pakistan to receive training, then come back to India to actually execute the attacks.

The original plan was to attack Mumbai in April during the Shiv Jayanti celebrations but was advanced after Gul Noor Mohammad Sheikh a.k.a. Gullu was detained at the Nav Pada
police station on March 9, 1993. Gullu was one of the 19 men handpicked by Tiger Memon and sent to Pakistan via Dubai on February 19, 1993, for training in the use of arms and bomb making.

Gullu confessed to his training in Pakistan and spoke about a conspiracy underway to bomb major locations around the city, including the Bombay Stock Exchange, Sahar Airport and the Shiv Sena Bhavan. However, police rubbished his conspiracy claims. The arrest of Gul Mohammed spurred Tiger Memon to advance the date of the blasts.

The three hotels were targeted by suitcase bombs left in rooms booked by the perpetrators. A double decker bus was very badly damaged in one of the explosions, the biggest of them all. The single incident claimed up to 90 lives.

The 1993 Mumbai blasts split the Mumbai underworld on religious lines. The D-Company of Dawood Ibrahim saw Dawood’s right hand man Chotta Rajan split from the organisation, taking most of the Hindu members such as Sadhu Shetty, Jaspal Singh and Mohan Kotiyan with him. The ongoing gang war has already claimed more than hundred lives. Incidentally, seven of the accused were killed by Chotta Rajan’s hitmen. Five Customs officials and five policemen were also widely held responsible for allowing RDX into the city. Some of them received bribes and some were just lax about their duties. 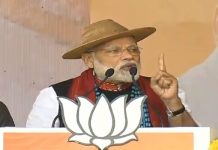