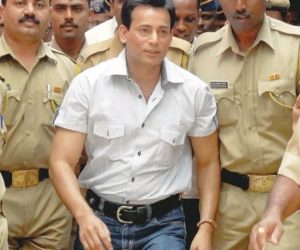 Bombay High Court on Tuesday rejected the parole application filed by Abu Salem to get married.

However, in past also Salem’s parole application was rejected on the grounds of security.

The gangster is serving a life sentence in jail after being found guilty in the 1993 Mumbai blasts.