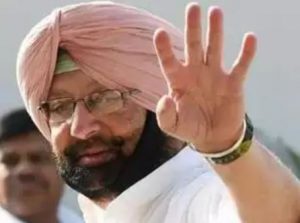 Punjab Chief Minister Capt Amarinder Singh on Monday mentioned the names of Congress leaders involved in 1984 anti-Sikh riots in Punjab assembly after Shiromani Akali Dal (SAD) raised the issue of Rahul Gandhi’s statement of giving a clean chit to Congress in London, where he said that the Congress was not involved in the Sikh genocide.

Emphasising on non-involvement of the Congress party and only involvement of some Congress leaders on individual basis in the massacre, Capt Amarinder Singh said a few party leaders — HKL Bhagat, Sajjan Kumar, Arjan Das and Dharam Dass Shastri — might have been involved at their own level.  “I have been naming them for the past almost 34 years. The Congress, as a party, was never involved in the riots,” he said.

Former Deputy CM of Punjab Sukhbir Singh Badal asked Capt Amarinder Singh to clear his stand and explain, if the party was aware of the role of Congress leaders named by Amarinder in the riots, then why these leaders were allotted the party ticket and made ministers.

Supreme Court lawyer and AAP MLA HS Phoolka, who has been fighting cases of the riot-hit families from past many years, accused the Congress of shielding its leaders involved in the genocide.