The matter came up for hearing before a bench headed by CJI Ranjan Gogoi. Justice Khanna was the part of the Supreme Court’s bench, which was hearing the case.

Kumar had surrendered in a local court in Delhi on December 31 last year to serve a life sentence in pursuance of the high court’s December 17 judgment awarding him life imprisonment for the “remainder of his natural life”.

The anti-Sikh riots broke out after the assassination of then Prime Minister Indira Gandhi on October 31, 1984 by her two Sikh bodyguards. 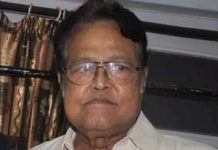