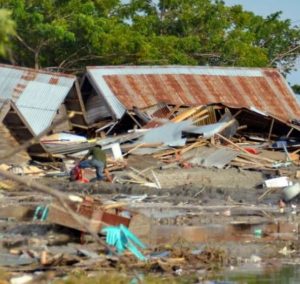 At least 168 people have been killed and over 584 injured after a tsunami hit the coast on Indonesia’s Sunda Strait on Saturday, government officials said.

It said, the possible cause of the tsunami was undersea landslides after the Krakatoa volcano erupted.

“The waves were apparently triggered by a combination of underwater landslides caused by the eruption of Mount Krakatoa and an abnormal tidal surge due to a new moon,” national disaster agency spokesman said.

Dozens of buildings were destroyed by the wave, which hit beaches in South Sumatra and the western tip of Java about 9.30 pm.

As per the statement from the Meteorology, Climatology and Geophysics Agency, “the tsunami hit several areas of the Sunda Strait, including beaches in Pandeglang regency, Serang, and South Lampung”.

The Sunda Strait lies between the islands of Java and Sumatra, connecting the Java Sea to the Indian Ocean.

Deaths were reported in the Pandeglang, South Lampung and Serang regions. Among the areas hit was the popular Tanjung Lesung beach resort in west Java.

As per the reports, Waves washed away band during concert where a popular Indonesian rock band, “Seventeen”, was performing.

“Members of the band were seen being swept away as the wave destroyed their stage,” the tragedy was captured on a footage shared on social media. 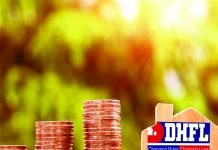