Bengaluru: Asia’s Biggest  Air show “AeroIndia2023” announced by the Minister of Defence (MOD) ,The “14th edition of Aero India,” Asia’s largest aero show, will be held at the Yelahanka Air force Station in Karnataka’s Bengaluru from February 13. Air Force Station Yelahanka has been hosting the show since 1996.

Amid speculation and reports that the show would be shifted out of Bengaluru to Lucknow, Aero India 2021 was held in Bengaluru and Defence Minister Rajnath Singh had clarified that Bengaluru was the best city to host the show. “Most of the industries related to aerospace are located in Bengaluru and Karnataka. This makes the city the most ideal place to hold the air show,” Singh had slated.

Hindustani Aeronautic Limited (HAL), the nodal agency that organises defence events in the country, will organise the aero show this year. Since restrictions for international travellers were eased in the country, organisers are expecting that this year’s registration will exceed all previous editions.

The previous 13th, which was held in 2021, edition of the biennial event was held in a hybrid model  reduced to a three-day affair due to Covid pandemic. which is held for over five days, will return to its old avatar during the 2023 edition.

Asia’s premier air show The 14th Aero India is expected to be bigger and better than the previous editions. The first edition of Aero India was held in 1996. Since then, the event has grown over the years, earned a great reputation, and grabbed eyeballs from across the world. It has also seen increased participation from both exhibitors and the public, statement said.

The  Aero India show is a premier global trade show which provides an opportunity for the international arms industry to showcase their products, technologies and solutions to the Indian military and decision makers and also to engage with India’s emerging Aerospace and Defence industry.

There are two main defence related expositions organised by the defence ministry in India. One is the Aero India show which is for the Air Force and another is Defence expo. The Defence expo 2022 was held at Gandhinagar, Gujarat in October 2022. The Defence expo is India’s premier military trade show for land, naval and homeland security systems.

The last 13th edition of Aero India was limited for business visitors and was not open to the general public. The event was also one of the first largest hybrid aero show. Delegation from 43 countries along with 530 companies participated in the event. 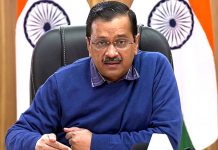 Attempt to get nominated members to vote in House ‘unconstitutional’ :...