It is 14 years since 9/11, when the twin towers crumbled in the US, and four since 5/2, when the global face of terror was buried deep in the Arabian Sea. After the shocking first event, which killed 3,000 people, the West launched a coordinated and aggressive war on terror. After the outrageous 5/2, when Al Qaeda’s (AQ) Osama bin Laden was killed in Abbottabad (Pakistan), the West claimed that the event marked the beginning of the end of terror.

The truth, as usual, comes in different shades and hues. AQ still exists, and is active in Pakistan, Afghanistan and Syria. In 2014, Pakistan’s General Mirza Aslam Beg wrote that contrary to America’s claim that it had destroyed the AQ network, “Al Qaeda is alive, splintered and spreading over several countries and more destructive than ever.” Another writer, Malik Siraj Akbar, said that the West’s blinkered focus on AQ between 9/11 and 5/2 “provided an extraordinary opportunity to other global Jihadist groups to consistently regroup and prepare for future battles”.

The rise and rise of IS has troubled and intrigued counter-terrorist planners, academicians, intelligence agencies and terrorist outfits. It raised valid questions: Is IS just another step in the evolution of modern terrorism, or is it different from AQ? Has global terror morphed into a more dangerous avatar or is it a mere extension of the events that escalated since the 1980s? An insightful analysis shows that while there are similarities between the IS and AQ, there are several differences too. IS cannot be seen through the same lens as AQ.

A recent US Congressional Report said that terrorist groups in Pakistan can be broadly divided into four categories — globally-oriented outfits, regional-oriented militants, sectarian factions and domestic-oriented agencies. The report subdivided the regional groups into those that were focussed on Afghanistan, and those that were obsessed with India and Kashmir. Obviously, this was a loose definition as several organisations cut across categories. A few can be both global and regional, regional and sectarian, and regional and domestic.

What is interesting is that the global terror groups largely exhibit the above traits, or their combinations. Most importantly, some of them actually mutate from one to another. It is as if there is an invisible Darwinian force that drives them to metamorphose into another identity over a period of time. For example, an outfit that operates locally, like within a state, can spread its wings into neighbouring countries, and acquire a global presence.

This is true of both the AQ and IS. As bin Laden admitted in 2001, his group was started in the late 1980s to create a military base “to train the young men to fight against the vicious, arrogant, brutal, terrorising Soviet empire…. So this place was called ‘The Base’, or Al-Qa’idah’, as in a training base….” Therefore, the original objective was to fight a regional war against the non-believers after the then Soviet Union attacked and occupied Afghanistan. It had a localised purpose.

Over the years, AQ acquired a global character and transformed into a multinational terror outfit. Aptly dubbed as Terror Inc. by the West after 9/11, the group became an international umbrella organisation that lent strategic, financial and operational support to dozens of Islamic militants in different geographies. It did run its own operations, but its overriding aim was to pursue the philosophy of “centralisation of decision and decentralisation of execution.”

After 9/11, and specifically after bin Laden’s death, AQ became ‘Lobal’ (locally-global) rather than ‘Glocal’ (Globally-local). As terrorism experts described it, the organisation became “geographically isolated”, which led to the emergence of several regional groups with “decentralised leadership” that freely used the AQ brand name. AQ became a state of mind, or in the words of the London Metropolitan Police Commissioner Sir Ian Blair, “a way of working”. Another writer said that AQ has “evolved partly an ideological and partly a politico-cultural force.”

Experts agree that the genesis of IS lay in the 2003 Iraq War, when the US-led forces invaded Iraq to topple the Saddam Hussein’s regime. Several Iraqi militant groups sprouted locally to fight the so-called occupation forces. One of them was Jamaat al Tawhid wa al-Jihad, which declared its allegiance to bin Laden and AQ in 2004. Later, wrote Asif Haroon Raja, it changed its name to Tanzim-e-Qiadat al-Jihad fi Bilal al-Rafidayn. In 2006, it became the ISI.

When the US turned its heat on the IS in 2010-11, the militants shifted to Jordan, where they received training and arms, and proceeded to Syria to participate in the nation’s civil war. It then turned its attention back to Iraq, and envisaged a Pan-Islamic nation that comprised Iraq, Syria, Jordan, Palestine, Lebanon, Kuwait, Cyprus and South Turkey.

What was crucial was that the ISI, which subsequently changed its name to ISIL and ISIS before settling down to IS, claimed that the Jewish Israel also formed a part of this composite Muslim caliphate. But the important point is that the IS began as a national force, spread its tentacles into neighbouring nations and, today, talks of a global expansion.

Both IS and AQ are sectarian groups. Both are Sunni Muslim organisations, which target the Shia Muslims. Historically, the Sunnis and Shias have been at loggerheads with each other ever since Prophet Mohammad died in the seventh century. The Sunnis are in a distinct majority in Asia, Africa and the Arab world. The Shias constitute a sizeable, and even majority, population only in a few countries such as Iraq, Iran, Azerbaijan and Bahrain.

However, the reasons why the IS and AQ became sectarian were not the same. IS’ roots lay in the political-religious-military events in Iraq. The US-led war was primarily seen by the local Sunni population as a war against it. It felt that the occupation forces befriended the Shias and Kurds in Iraq and installed a Shia regime in the country. This was the reason why Sunni groups raised their heads in revolt. IS was one of them and became a powerful militant outfit in the region. 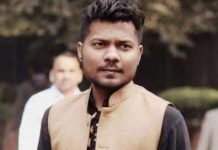