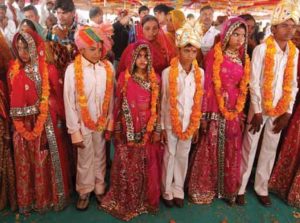 Police in western Assam’s Barpeta district could rescue 16-year-old Amina Khatoon (name changed) hours before her marriage on September 6 only because she had called the Childline helpline (1098). Amina, a Class XII student knew that marriage before 18 is unhealthy and illegal made her seek the help of police as she did not want to get married so early and wanted to continue her study.

“My father is illiterate and is not aware that child marriage is bad. They wanted me to get married as they had got an educated boy working in a good company. But I want to complete graduation and try for a government job before getting married,” Amina had told Child Line officials in Barpeta, hours after she was rescued and the 28-year-old boy with whom her parents had fixed marriage was arrested.

That education of the girls helps in checking India’s serious problem of child marriage has been highlighted in the India Child Marriage and Teenage Pregnancy report prepared by National Commission for Protection of Child Rights (NCPCR) that found India’s child marriage between 15 to 19 years old girls came down from 27 per cent to 11.9 per cent between 2005-06 to 2015- 16. The rate of child marriage among 20 to 24 years old was found to be 26.8 per cent.

Although the survey showed declining trend of the problem of child marriage entrenched mainly among India’s illiterate sections, child marriage rate is higher than the national average of 11.6 per cent in at least 12 states and Union Territory seems to have emerged as a worry for those who see the country to be a child-marriage free country.

Poverty was found to be a contributing factor as it was evident from the findings that a girl from a poor family was more likely to get married at a younger age than a girl from a wealthier family. “The state-level analysis also highlights that child marriage among girls is so entrenched in certain social groups that a substantial proportion of girls from middle and top wealth tercile households are also reported to be married before 18,” said the report.

The report found that completion of secondary education played a significant role in delaying the age at marriage. “Findings show the completion rate of secondary schooling is considerably higher amongst unmarried girls aged 15-19 years in almost all states. Making secondary schooling a fundamental right and ensuring girls from poor households are provided safe learning environments as well as residential secondary schools for remote areas may be considered as necessary steps to prevent early marriage in Indian states. In Bihar, a completion rate of secondary education amongst girls who married before age 18 is only 51 per cent, followed by 54 per cent in Delhi and Rajasthan (57 per cent).

The report said there was a strong relationship between girl child marriage and household wealth index as a girl from a poor family was found to be more likely being married at a younger age than a girl from a wealthier family. “The state-level analysis also highlights that child marriage amongst girls is so entrenched in certain social groups that a substantial proportion of girls from middle and top wealth tercile households are also reported to be married before age 18,” it said. In Assam, child marriage was found to be higher among two sections: the Muslims living in the riverine areas and those in the tea gardens, mainly due to low literacy poverty and role of religious leaders who allow such illegal practice.

The report said analysis of NFHS-4 revealed that amongst the married girls aged between 15 to 19 years, 31.5 per cent of the sample girls in this age group were found to have babies. “It is important to note that almost a quarter of the married girls in the 15-16 years age group had at least one baby while more than a quarter of the married teenage girls had at least one child at age 17 while 31 per cent had a child by age 18,” it said.

Child rights activists campaigning against the serious problem of child marriage says quality education for girls could have made a major change on further reducing child marriage rate in the country. “Apart from education, we must provide skill development courses to young girls and action against religious leaders who mislead poor and illiterate people in the villages with the misinformation that child marriage is allowed by religious scriptures. At the same time we must have a strong political will to move the agenda of child marriage prevention,” said Chiranjeeb Kakoty, the chair of the National Action and Coordination Group for Ending Violence Against Children (NACG-EVAC), India. Kakoty based in Guwahati also leads Adolescent and Child Rights Network, a forum of nearly 25 NGOs in Assam.

Chairperson of NCPCR, the apex child rights body, Stuti Kacker said in the report, “We hope this report will trigger the required policy decisions at the national and state levels and support formulation of action plans at the district levels focused on preventing child marriage and teenage pregnancies.” 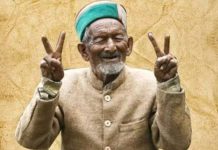