The Supreme Court on February 22, while hearing the Hadiya love-jihad case, said that Kerala high court cannot decide that a marriage of two consenting adults is a right choice or wrong.

“Can there be a roving inquiry into the matrimonial relationship between two consenting adults to find if there was no consent,” asked Chief Justice of India Dipak Misra.

Justices AM Khanwilkar and DY Chandrachud who headed the bench with Mishra also commented, “We cannot say this marriage is not in her best interest. We can’t decide whether it is a right choice or not. We cannot annul a marriage on this ground that the person she has married is not the right person. The NIA can investigate all other aspects, except her marriage.”

The Court also said Hadiya had embraced Islam and married on her own free will and she wants to live with Shefin Jahan as his willful wife.

25-year-old Hadiya had filed an affidavit before the apex court on February 20 seeking its permission to be allowed to live with her husband Shefin Jahan.  Earlier in January, the Supreme Court had said it cannot question Hadiya’s choice of husband and directed the NIA to not probe her ‘marital status’.  The Court has adjourned the matter for further hearing till March 8. 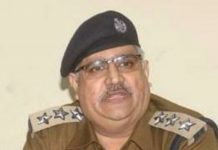